The Search for the Pirate Cofresi
by Dr. Tekina-eiru Maynard (2004) 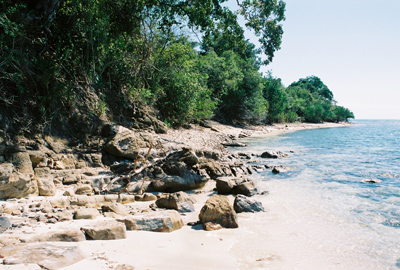 What an exciting adventure to set out for Puerto Rico in search of Cofresi, the pirate and legendary hero whose story we brought to life in "Celebrando 2004 - The Pirates of Puerto Rico." This original musical, written by PRFDance Director Ana Maria Tekina-eriu Maynard, debuted on June 26-27, 2004 was the result of two years of research!

According to popular legend, Pirata Cofresi was the "Robin Hood" of Puerto Rico. Roberto Kupferachein Ramirez de Arellano was born on June 12 and baptized on June 27, 1791, in the small seaside town of Cabo Rojo. Cofresi was a product of his time, an era when the spanish colonies of the new world were demanding independence from Spain. As an adolescent Cofresi set out to change Spain's political policies towards his island of "Borinquen." 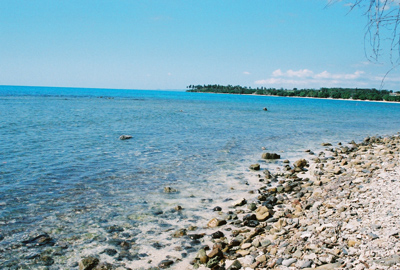 From a very young age, Cofresi enjoyed taking his little boat out to listen to the tales of the old mariners. According to historical documents, in early years before becoming a pirate, Cofresi may have fished and transported vegetables in his small boat to sell in his home town. He later became a corsair, officially licensed to bring in foreign ships whose papers were not in order. We can only wonder how Cofresi was influenced while out at sea, watching the big ships carrying gold, jewels and other Caribbean treasures to Spain, England, and other far off places? 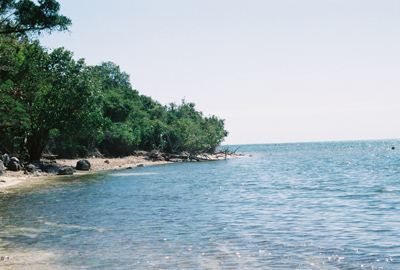 By 1818 Cofresi and his crew of 15 men were engaged in piracy, stealing treasure from wealthy ships carrying riches to and from the Caribbean. In those days goods were scarce for the common people and Cofresi shared his booty with the poor. The people respected his bravery and protected him. Over the next several years, Cofresi terrorized European and American ships including the plundering of the Spanish "San Jose y las Animas" in 1824. It is said that he may have also aided Puerto Rico's rebellion movement against Spain by transporting arms from South America. 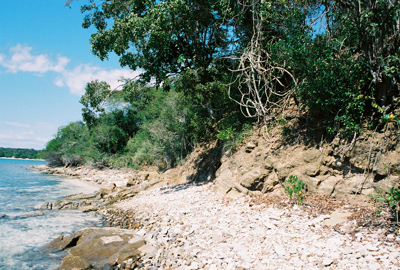 By 1824, the Spanish governor of Puerto Rico had had enough and called on the American Navy to help capture Cofresi. Disguised as a commercial frigate, the fully armed American Navy War Ship USS Grampus put itself up as bait and awaited an attack from the feared pirate. In the battle that followed, Cofresi's ship "The Ana" was badly damaged and many of his crew killed, but his ship managed to escape. On land, the awaiting Spanish Royal Army engaged Cofresi in another bloody battle, and captured the now injured Cofresi and his 10 remaining men.

Cofresi and his men were taken to the main Spanish Fort, San Felipe del Morro, which still stands in Old San Juan. They were tried by a Spanish Court. Cofresi was executed by a firing squad at the age of 34 on March 27, 1825 in the fields in front of El Morro, along with his men.

Historical documents say that Cofresi was buried in Santa Maria Magdalena Cemetery. However, the old caretaker there, who prides himself on knowing the history of every "occupant" in his cemetery, says that Cofresi and his men were NOT buried there. Since they were executed as criminals they could not be laid to rest in this catholic cemetery. They were buried behind the cemetery on what is now a lush green hill that overlooks the cemetery wall. An old document he produced showing the hillside with crosses seems to indicate so! 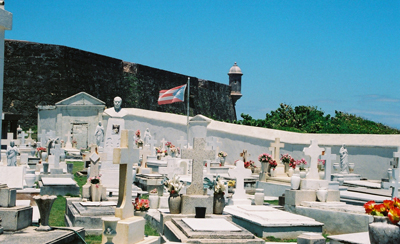 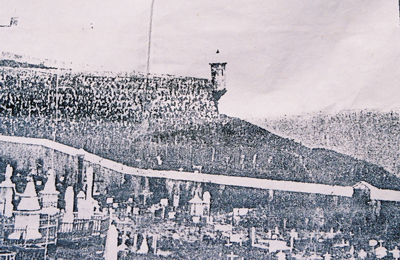 It has been a truly wonderful experience the last two years researching the life and legend of the Pirata Cofresi. We hope you enjoy the results of our investigation and creation of our upcoming, original musical "The Pirates of Puerto Rico."

The beach scenes were taken at Playa Buye, a beautiful beach located on the coast of Cabo Rojo in the area where the Cofresi family lived. Today, with the right scuba gear, you can still visit the cave near Playa Buye that was a hideout for Cofresi and his men.